Walt Mossberg and Kara Swisher are taking the digital media franchise, AllThingsD, from its relationship with the Wall Street Journal to a new independent phase. Walt and Kara have built up a great brand through great journalism, and he’s given an ‘exit interview’ to Mashable. He’s pretty tight lipped about what AllThingsD will morph into as it ends its relationship with the WSJ, but what I found really interesting was his own personal history.

While he has been known for more than 20 years for her personal technology column for the Journal, before that he covered national security. He has some excellent advice for ‘young journalists entering the industry’:

Know your audience and show them a little respect. It’s a winning formula no matter what stage your at in your journalism career.

Note, I first read this on Zeit and shared it on Pocket. I’m using Pocket and IFTTT to grab snippets I want to blog about. You can read the full interview at Mashable.

By Lance Ulanoff, Mashable
At an age when some may consider spending more time practicing their golf swing or perfecting their poker face, tech journalist Walt Mossberg is about to embark on what may be his biggest adventure yet.

from Pocket via IFTTT 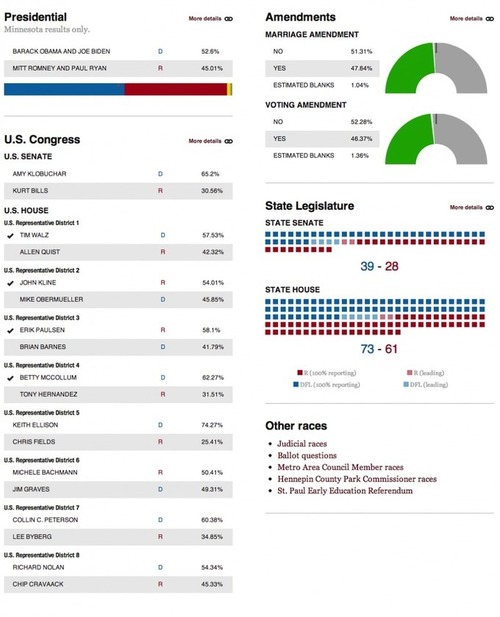 Practical advice on how to build news apps without a big budget and with limited staff. Any small newsrooms that wants to create apps should keep this great resource handy.

Most media companies, when they’re trying ot decide about the quality of their content, they hire an editor they really trust to make a judgment. Here, it’s like, ‘Let’s build a tool.’ It just shows our very different mindset of building a virality machine here.

Kevin: John Naughton has an excellent meditation about the internet and the pervasive search for easy answers. We're living through a revolution. Get used to it. As he writes, disruption is a feature not a bug. "By implementing these twin protocols, Vint Cerf and Robert Kahn created what was essentially a global machine for springing surprises." It's an excellent piece that looks at a number of the disruptive trends online such as how to deal with information abundance, which upends traditional economics that attempts to deal with the allocation of scrace resources.

Kevin: Laurie Penny writes in the New Statesmen about the continued prejudice shown by mainstream commentators towards political bloggers in the UK: "Cosy members of the established commentariat eye bloggers suspiciously, as if beneath our funny clothes and unruly hair we might actually be strapped with information bombs ready to explode their cultural paradigms and destroy their livelihoods.

This sort of prejudice is deeply anodyne.

Bloggers aren't out to take away the jobs of highly-paid columnists: we're more ambitious than that. We're out for a complete revolution in the way media and politics are done."

Google have announced that they are adding a raft of tools to Google Apps, including Blogger. Perhaps it’s a sign that Blogger is growing up, although they’ll need to develop it much further for it to really compete with WordPress, but it is certainly better than an awful lot of so-called enterprise blogging systems.

The addition of Blogger to the Google Apps infrastructure will make it trivially easy to create and maintain internal blogs for businesses who are not interested in running their own intranet servers. This makes the social media intranet much easier for all types of business and could be an important move for the wider adoption of blogs in business.

Via Anthony Mayfield, I discovered this video from KS12:

Anthony pulls two ideas out of the video: How our need to assign and take the credit for ideas can mess things up; and how sometimes information should just fade from view as it gets older, rather than being always perfectly preserved.

I pulled out another: That releasing software in beta is an important statement about the underlying attitudes towards innovation and development, and sets the scene psychologically for change and progression. In the Web 2.0 community, the ‘release early, release often’ ethos is well known and frequently used. Start-ups release the most basic version of their software, gather user feedback, watch for emergent behaviour and then develop the next release accordingly. Users are primed by the word ‘beta’ to expect problems – so they are less upset when they occur – and also to expect change. The process doesn’t always go smoothly, but it is a cost-effective way of developing software and web services quickly.

Enterprise really needs to embrace the idea of beta, not just in software development but in their project planning too. The idea that everything has to be perfect at launch, that launch is an end instead of a beginning, and that addressing bugs and flaws after launch is somehow a sign of weakness is an anachronism. I can’t count the number of projects where all the effort has gone into a final deadline and the results of all our hard work withered on the vine because no one thought about what to do with the work we had produced.

This is especially true of social software and social media projects where the tools are evolving faster than even the professionals can keep up. Social media projects of whatever stripe should be be seen as an ongoing process of change as the tools, ideas and culture all slowly mature. It’s much more like cheese that ripens slowly than a souffle that flops if not consumed immediately.

I’ve been ignoring all the build-up to this year’s Apple produce announcement, mainly because I just didn’t want to get my hopes up. But it turns out that I’m actually quite excited about the iPad, Apple’s tablet computer.

I had a very spirited discussion with my husband on the train last night as we were catching up on the announcements made whilst we were in a plane. My thought is that there will be two reactions to the iPad: the spec-geeks who will pour over the physical specification and find it wanting in comparison to their own laptop or desktop. People who look at the iPad the same way they looked at the Air, as a smaller version of their existing laptop will be disappointed, as many of them were with the Air, because the iPad is not as powerful or as fast as a laptop.

Then there’ll be people who come at it having used an iPhone or iPod Touch. For them, the iPad is a different proposition. It will give them a bigger and better browsing experience. Reading ebooks will be easier, videos will be bigger, email more readable. For people who want a better sofa experience, who want to be entertained and kept busy on a long journey, or who want a less conspicuous machine to take meeting notes, it looks like a goer. It’s not going to be a MacBook replacement, but a machine to sit between the iPhone/iPod Touch and the MacBook.

Obviously I see sociability in everything, so I think the iPad is going to be great for social media. I find the iPhone too small to write a blog post on, yet I have most of my blog post ideas whilst I’m out and about. Would an iPad encourage me to write more?

Because the iPad taps into the existing App Store and is able to run apps either at iPhone definition or x2, without any interventions necessary, it comes ready to rock and roll. There’s already a WordPress iPhone App along with Facebook, LinkedIn, Twitter and many others. Your social web is there, ready and waiting. App writers can, if they want, upgrade their apps to take advantage of the bigger screen, which means potentially more functionality and a richer experience.

And because of the form factor, might we see more people using an iPad in scenarios where you wouldn’t get a laptop out? I have long felt that opening a laptop, e.g. in a meeting, is a bad thing from a psychological point of view: Flipping up the screen puts up a barrier between you and the person you’re talking to, something I greatly dislike. Would an iPad be better in meetings or at social gatherings? Would they make the iPad user able to socialise both in person and online simultaneously without the people present feeling blocked out?

For my money, though, Apple has some changes to make to ensure the iPad’s success: Stop inhibiting innovation by placing strictures on what sort of apps are allowed in the App Store. By all means, have a QA process to ensure that malicious apps aren’t developed, but their current rules about not developing apps that conflict with Apple-provided apps is stupid and counter-productive. If I want to run a different browser than Safari, for example, a browser that integrates with Instapaper, Delicious, Twitter and other social tools, then I should be able to do so.

Equally, they need to rethink their age warnings. It is utterly absurd to see an age-related warning when you install a dictionary or an RSS reader just because it’s possible to see some naughty words in those sorts of applications. Apple needs to understand that it can’t expect to promulgate the values of conservative America (as opposed to the rest of America, which is much more sensible) around the world in a techno-cultural hegemony.

Apple are already coming under fire for being shills for DRM, and rightly so. Nate Anderson of Ars Technica wrote:

Members of the Free Software Foundation staged a small protest outside today’s Apple event in San Francisco, making the case against Apple’s use of DRM. The group’s four-foot signs were headed with the message “Entering Apple Restriction Zone” and laid out the tablet’s detriments:

* No installing apps from the Web

* No sharing music or books

* We can remotely disable your apps & media

Much as I love the look of the iPad, Apple needs to deal with these issues and as a community we should bring to bear as much pressure as we can. This is the one thing that dulls my enthusiasm for the iPad. I was vehemently against Microsoft’s Vista and all the DRM and ‘phone home’ controls that it supported. Anyone who felt that Vista was an invasion of their privacy must apply the same logic to the iPad. We can’t just let Apple off the hook because their device and OS are prettier.

I’m confident, however, that people will take steps to route around the barriers that get in their way. It didn’t take long for someone to jailbreak the iPhone and we can expect the iPad to come under much more scrutiny. I never felt comfortable jailbreaking my primary communications device, but I’d be much happier to fiddle with an iPad in order to install the software that I want to use. And I’m sure I’m not alone in that.

I’ll leave you now with the iPad keynote for your delectation and delight: